Rotating Text with a Character Style

When it comes to text formatting options in Adobe programs, InDesign is the undisputed king. And it’s not even close. For paragraph styles, InDesign offers 20 panels worth of options, to Illustrator’s 10, and Photoshop’s measly 7.

Despite the disparity, there are some things InDesign can’t do that the other programs can. Like character rotation. In Illustrator, you can select one or more characters and use the Character panel to rotate them independently of the rest of the text. Can’t do that in InDesign. But if you really want the ability to apply rotation at the character level, here’s what you can do. First, save the rotation in a character style in Illustrator. Then, save that character style to a CC library. Access that library in InDesign, and apply the character style to some text. Voila! You can apply rotation to characters in InDesign! 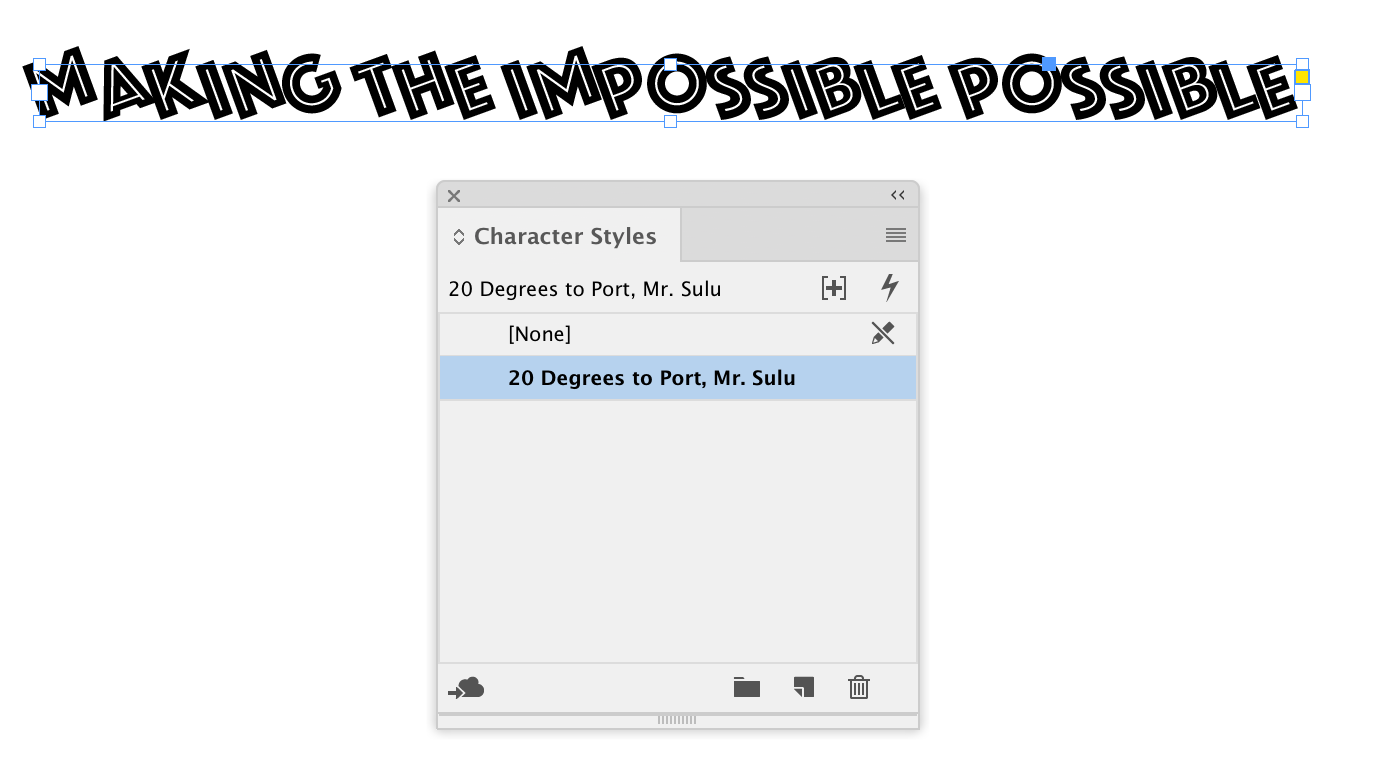 You can further modify the character style as you please, and use it in GREP styles, nested styles, etc. If you do take it to this next level of complexity, I recommend editing the imported character style so all it does is the rotation. OK, maybe add some Tracking to fix any outrageous letter spacing.

But leave everything else up to the paragraph style so InDesign doesn’t get too confused. We are dealing in the black arts of undocumented features here, so best not to push our luck.

Other than that, the only downside is that you can’t change the angle of character rotation in InDesign because there are no controls for doing so. Instead, you have to go back to Illustrator and modify the style there, then save the new style in a CC library and bring it into InDesign, replacing the old style.

You can export to PDF and you still have live, rotated characters.

The rotated characters are preserved in Publish Online too. But don’t try exporting to EPUB or HTML unless you set up the rotated text to be rasterized first.

And finally, if you want to learn a whole lot more about sharing styles between InDesign and other CC apps, check out Steve Werner’s article on that topic from Issue #121 InDesign Magazine!