Heavy Metal Madness: Back to School Blues and Yellows

Are there any three words more dreaded by American youths than “back to school?” I still cringe at the thought, and for the last few weeks I’ve been waking up in a cold sweat, having dreamed of not remembering my class schedule, or being caught naked in the hallway without the combination to my locker, or any number of other indignities.

Yes, it’s back-to-school time, and that means the latest ads and images of kids’ fashion, school supplies, and pithy words of wisdom about the benefits of learning and social interaction. What could be more horrifying? Summer is over, and the minor excitement of shopping for back-to-school supplies quickly dissipates when the realization hits that this is the beginning of a long, humiliating year. Back-to-school imagery is still about leading brands and licensed images, though many of them have changed since I was in the mill. School supplies weren’t quite as colorful and character-laden as they are today-the business of school was a little more serious, and the choices in supplies were limited. And we didn’t have backpacks, we had book bags-horrible canvas vessels that generally had the imprint of a local bike shop or office-supply store emblazoned on them. Graphics were simple and to the point, and much of the purpose was to create an atmosphere of uniformity and equality. Personal expression came from how you modified your items, and even then, we only had blue or black ink, not the rainbow of colors and textures available today.

Everything was Pee Chee Back Then

Sadly, the most recognized element of my own school days is no longer being made, even though it lasted almost 60 years, and became the most abused item in every student’s arsenal of paper.

The yellow Pee Chee Folder was first released in 1943 by the Western Tablet and Stationery Company of Kalamazoo, Michigan. Early versions featured young boys and girls at the soda shop, or wartime images such as jeeps and navy ships. Figure 2: Pee Chee folders were updated throughout their 60-year history, but always showed high-school kids having fun. The folders are no longer made today.

By1964, Mead Paper had bought Western Tablet and introduced new artwork to the Pee Chee line. These images of tennis players, football heroes, track stars, and dancers were drawn by Francis Golden, who received only a one-time fee for pictures that would grace millions of folders each year. Golden later became a prominent water colorist, and over the years new artists took over illustrating Pee Chee folder updates. According to Mead, the style of art was updated approximately every ten years.

The modification of Pee Chee folders could probably serve as some sort of psychological study-sort of like reading inkblots or tealeaves. Every student except the most fastidious, added elements, colored in parts, scratched out eyes, doodled on, or sexually modified the familiar images to suit their own bent and grade level. In my era, swastikas were a popular addition, as were Rat-Fink-style car drawings and rocket ships. Girls tended to favor romantic elements, such as hearts and flowers, while the boys were more likely to use a good eraser to blot out the faces of the runners, or add anatomically correct appendages. But since I went to Catholic school, none of that was left intact for very long. Consequently, in my classes many Pee Chee folders were drenched in ink, layer after layer first revealing, then covering up various parts of the drawings. Figure 3: Everyone modified their Pee Chee folders to some degree. Here, two examples from the Web of highly decorated and altered folders.

And since Pee Chee folders were made of the cheapest variety of heavy card stock, they soaked up ink like a blotter. But at the cost of 10 cents each, you could afford to replace them every so often, though you risked loosing your crib notes cleverly hidden in the artwork.

Back in my school days we didn’t have any fancy glue sticks or double-stick tape. We had paste and something called mucilage, which looked exactly like it sounds. The popular brand was LePage’s, and it came in a distinctive glass bottle with a strange rubber top with a slit in it. Mucilage is any gummy substance made from vegetable oils, though from what I can gather, the early stuff from LePage’s was made from fish scales.

William Nelson Le Page is known as Canada’s “glue czar,” for building a huge empire in the paste business. In the 1870s Le Page discovered a way to turn codfish scales into industrial glue, and the rest is history. School children have been using LePage’s glue or that made by Borden ever since. And since there was always at least one student who had a fondness for eating glue, it was, and still is, reassuring to parents and teachers that most glues are non-toxic. Figure 4: LePage’s mucilage looked just about like it sounded. But the distinctive bottle kept school kids busy trying to keep the glue flowing. LePage’s paste is still popular, especially among younger kids who prefer to dine on it rather then glue with it.

As is common in so many success stories, Le Page eventually lost his fortune, though the brand is still vital and active and on the desks of school children all over the world.

Get Out Your Number 2 Pencils

One back-to-school item that has not changed much is the Dixon Ticonderoga Number 2 lead pencil. Actually, it’s graphite, not lead, though in the early days there was lead in the yellow paint. Joseph Dixon was a printer and photographer in the early 1800s who in 1827 founded the Dixon Ticonderoga Company in Salem Massachusetts. He discovered the benefits of graphite as a lubricant and stove polish, then turned his knowledge toward writing instruments. In 1829 Dixon released the world’s first pencil, and by 1872 his company was producing 86,000 pencils a day.

The designation “number 2” has to do with the softness of the graphite, and became important mostly due to automatic scoring of standardized tests. Dixon Ticonderoga No. 2 pencils are still the most popular brand among the back-to-school crowd. Figure 6: Crayola Crayons have been a staple of back-to-school sales since the turn of the century. Figure 7: School lunch boxes change with the times, and have always reflected the celebrities of the day.

It Takes a Village

Back-to-school is not just about gathering up pencils, folders and crayons. It’s about making a fashion statement, about learning to be a mature student, and about brutal competition. Having the best notebook is nothing compared to having the latest brand-name clothing, the best figure, or the iPod with the largest hard drive.

For years we tried to teach kids about things like good posture, polite speech, and civilized behavior. From what I’ve seen we’ve given up on those things recently and are more interested in keeping kids from ruining their lives with drugs or getting pregnant. 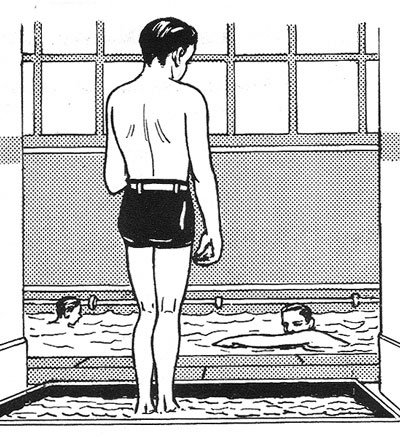 Figure 9: Dressing for swim class has always been one of the greatest back-to-school horrors. Figure 10: During the Works Progress Administration, posters encouraged reading books as part of the back-to-school process.

Perhaps the Pee Chee folder is gone for a good reason. Football, cheerleading, and high school dances are not what they use to be. The emotions are still awkward, and the dialog between kids may be similar. But the look and feel has certainly changed. If Pee Chee folders were around today, they would likely already have the sexually correct parts intact, and instead of tennis rackets the students might be wielding guns. Figure 11: Whether learning to write or learning to make explosives, kids have always depended on brands like Rite Nice and Gilbert. Figure 12: Back-to-school sales have always taken on a festive atmosphere, even though they are the ultimate depressing event of summer. Figure 13: Please, don’t be mean to kids with glasses. Figure 14: Back to school fashion has run the gamut from ankle-length dresses to Nehru jackets in 1968. Figure 14: The only consolation of going back to school is that you are not alone!