Seybold Seminars No More: The End of an Era

Making a Magazine Cover with Affinity Photo and Designer 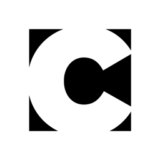